Rarest Dog Breeds In The US

The United States of America is home to some of the most famous dog breeds. Many popular breeds have been around for generations, from black labs to golden retrievers and even dachshunds. However, there are also several rare dog breeds that you may not be familiar with. This blog post will look at a few different rare breed dogs from all over!

Originating from Northern Ireland during the 1800s, the Curly-Coated Retriever is a fluff-ball of cuteness! Their curly locks can come in many different colors, from blonde to black, but either way, it’s hard not to stop for a second when you see one walking around outside! They are active dogs that tend to be very sweet and loving and have serious intelligence. This breed was originally bred as a gundog because they love water and enjoy spending time outdoors with their pet parents.

The Norwegian Lundehund is a rare dog breed with six toes on each foot instead of five as other breeds do! It may sound odd or even gross at first, however, this trait makes the canine better suited to climb mountains and hunt puffins. Puffins are a sea bird that lives on the coastlines in Norway, so this breed was bred to help hunters bring them down from their high-up perches! They have lots of energy and often love running around with people they trust, but also tend to be very independent at times.

The Sloughi is a very rare breed of hunting dog that was first bred in Northern Africa. This pup has an extremely high prey drive and loves chasing small animals- so you’ll want to keep them on a leash at all times if you take them outside! They’re also known as the “Grey Ghost” because they have such a light, smooth coat that’s almost silver looking.

The Chesapeake Bay Retriever is a large dog breed originally intended for waterfowl hunting with origins from Maryland. These dogs come in many different colors, such as chocolate, lemon, and black, but all have droopy ears that give them a sad puppy look- which is something you will fall in love with the first time you see one! Today, however, these pups make great pets because not only do they enjoy going outdoors hiking or swimming- but they also have an extremely gentle demeanor when it comes to interacting with children!

If there was ever an intimidating-looking dog breed on this list, it would be the Black Russian Terrier. These dogs are bred to hunt large game such as bears or wolves because of their strength and tenacity. But, if anyone comes near them without permission, they can become protective quickly! They are also very loyal family dogs who want to spend time with people they trust.

The American Hairless Terrier originated from a hairless dog breed called the Rat Terrier. However, this modern-day version of the breed is much different because it has a long rat-like tail and shorter legs than its predecessors. They are also highly flexible dogs that can fit into small spaces while still maintaining their balance to do things like climb on top of couches or other furniture! These pups make great family pets who love spending time around children thanks to their calm temperament, but they aren’t quite as tolerant when being handled roughly by older kids or adults they don’t know well enough yet.

Another large dog breed makes our list with the Scottish Deerhound! These pups are related to greyhounds but slightly different because of their long legs and larger bodies. People once used them for hunting stags (deer) in Scotland, thus the name. But, today, they make great family pets who love spending time outdoors running around chasing squirrels or playing with kids! This breed is very intelligent, which makes them easy to train; however, early socialization is also important, so you can avoid having an overly dominant dog on your hands later on down the line.

The English Foxhound was originally bred for hunting foxes in the United States, but today is often used for hunting raccoons! They have an extremely high energy level which makes them great at chasing down prey- especially when they get a whiff of that wild animal’s scent. But because these dogs need so much exercise daily, it can be hard to find time for walks or hikes if you work long hours during the week.

The Chinook is a rare breed of sled dog that was originally bred in New Hampshire to haul tourists through the snow. They are also very people-oriented dogs and love spending time with their human companions as long as they get enough exercise daily! If you don’t have access to large open spaces like farmlands or backyards where you can go jogging, this might not be the best choice. These pups need lots of room to run around and explore nature.

The Skye Terrier is a very rare breed of dog considered endangered. They were originally used for hunting and herding in Scotland, but today make great family pets who love spending time with their people. But, they don’t like being left alone for long periods as puppies or senior dogs without another dog to keep them company! This breed is also very intelligent and loves learning new tricks, so if you’re looking for a smart companion who you can train easily, make sure the Skye Terrier is on your list of things to consider as adoption nears!

The Swedish Vallhund originated in Sweden, but you can find it today around the world since they make great pets everywhere. These pups are known for their small size but big personalities! They were initially herders and watchdogs, so they are very protective of the people around them. However, once you’ve earned their respect, the Vallhund is great companionship that’s always ready to play or snuggle up on your lap when it’s time for naptime.

The Otterhound is a rare breed originally bred in England to hunt otters. This pup has an extremely high prey drive and will chase any small animals they see, so they mustn’t live somewhere where cats or other small pets are wandering around! Also, since these dogs have such a strong sense of smell, make sure you keep your trash cans locked up tight because this breed can easily get into things when you’re away from home. But once appropriately trained, this dog is great companionship that loves cuddles and snuggling during naptime.

There are so many different dog breeds in the world; it can be hard to find just one that suits your specific needs. However, if you have a large yard or live somewhere with lots of space for long walks, maybe some rarer dogs like the Sloughi would be perfect! This is why researching which breeds might work best with your lifestyle will help adoption go smoothly when choosing new companion animals!

What To Know About Sled Dog Breeds

There is something about seeing someone on a dog sled that captures the imagination. It could be the thought of being able to explore a…

Read More »What To Know About Sled Dog Breeds

How To Make Sure Your Dog Is Happy

Odds are, your dog is a huge source of joy in your daily life. Not only do these furry creatures love and adore their humans…

Read More »How To Make Sure Your Dog Is Happy 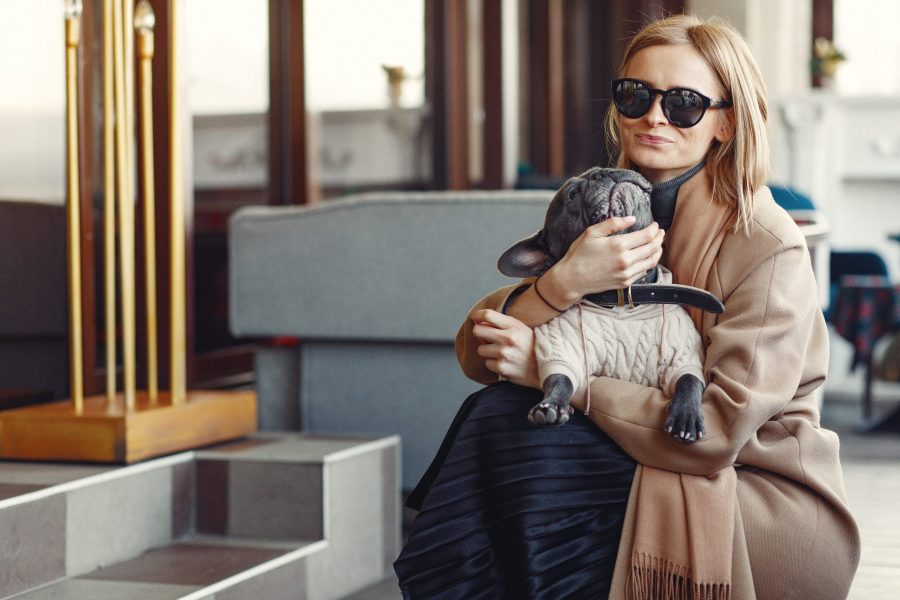 What You Should Know About Bulldogs

There is a lot of misinformation out there about bulldogs. For example, some people think they are lazy or require a lot of maintenance. However,…

Read More »What You Should Know About Bulldogs