As their name suggests, German shepherd dogs (GSD) originate from Germany. They began gaining popularity post 18th century. The instinct of a GSD has docile characteristics and was used for sheep herding. They were guardians of the farms responsible for keeping predators away and taking care of the flocks. The idea of a German shepherd as a pet was not famous in the 18th century. Farmers considered them as servants or protectors of the farm. Hence, a GSD’s natural instinct is to protect the vulnerable from predators and, in the present time, against criminals or criminal activity. World War I instigated the popularity of German shepherds in Germany, which then brought it into the world’s spotlight.

The difference between the female or the male German shepherd in terms of physical endurance is minimal. They have an average weight of around 75 to 95 lbs. Furthermore, they have an average height of about 23 to 25 inches. They have an average life span of 10 to 12 years. Therefore, they have good physical endurance and are well-muscled dogs. Another characteristic of a GSD is its angular hind legs. The angular nature is responsible for giving a kick-start for GSDs to run faster by forcing the body towards the ground like a suspension. Hence, they are also agile and have a good balance of their body.

German shepherd dogs make good law enforcement material because of various qualities. German shepherd dogs are extremely intelligent from other dog breeds. They have very good stamina and endurance, making them capable of working for long hours without exhaustion. Hence, they are ideal in rescue missions or explosive searches. They are biologically wired to be protective due to herd habitat. Overall, they are an athletic and agile breed. Their physical make-up helps them develop an above-average strength with calm nerve characteristics. German shepherds are the most loyal creatures and develop a strong relationship with their masters.

As mentioned earlier, GSDs are trained easily due to their attentive ability to follow commands. The whole idea of being in the military or the police is to follow commands. The police and military train them to sniff out explosives (Cadaver dogs also come in this category). The police force helps GSD develop skills of attack and apprehension. Some German shepherds are personal bodyguards to defend friends and attack enemies. They also help them develop skills of sniffing out remains of human bodies or skeletons with their scent. The training period of GSDs lasts for about three to twelve weeks, depending on the purpose of training the dog. They require moderate social attention and are therefore easier to handle.

The German shepherds have been attack dogs in many wars since the 17th century. In the Napoleon era, GSDs were trackers. The Romans used GSDs in the battle by adding protective armor around the German shepherd’s body. The heroic story of the German shepherd in the Battle of Sutjeska proves its courageous and noble character. Josip Broz Tito of the communist party, the statesman, had been saved by his German shepherd dog Luc.

Another heroic story of GSD was about an Alaskan man “Ben” who asked his German shepherd dog “Buddy” to find help as his workshop was on fire. His dog found help by leading the police officer to his workshop and made the rescue operation a success. Many such real-life examples of German shepherds that prove their competence make them an ideal fit and deserving to get the title of “Good Police Dogs.”

What Differentiates A Police Dog From A Regular Pet Dog?

Police dogs are supposed to be strong, athletic, agile, and have good stamina. They should be able to follow commands without any setbacks. If the dogs do not follow commands, then in critical situations, the events might backfire. Furthermore, they should be loyal and confident to the police team. If food puts them out of control, then the dog’s purpose of being at the side of law enforcement becomes void. In addition to this, non-police dogs are laid back and enjoy getting social attention. In contrast, police dogs are focused, determined, have heightened sniffing abilities, and can pick up scents easily. Hence, German shepherds clearly have the qualities suited to be a police dog than the other dog breeds.

German shepherd dogs have received the award for Canine Excellence in America or ACE along with other 13 awards. Their bravery and courageous nature make them an ideal part of the police force. In addition, they have historical data to support their quality of sacrifice and the immense courage and loyalty they possess for their master. Therefore, German shepherds are some of the best dogs of the police force with brilliant capabilities.

Dog Breeds You Can Hold In One Hand

There are some very small breeds of dogs out there, but which ones can you hold in one hand? Here’s a list of the…

Read More »Dog Breeds You Can Hold In One Hand 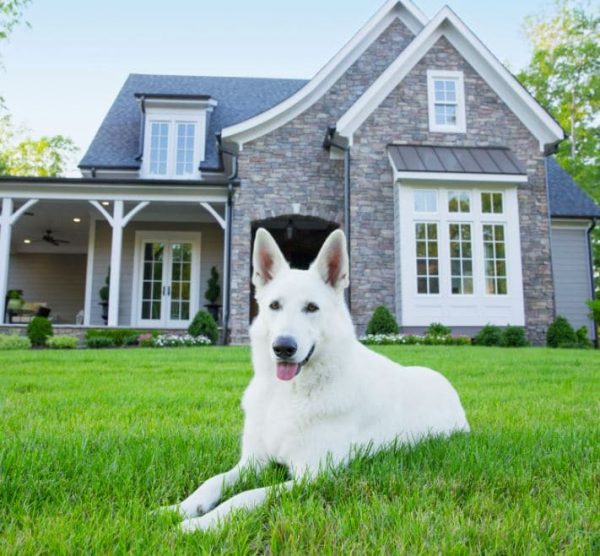 Tips for Taking Care of Your Dog This Winter

How To Get Your Dog Over Their Fears

Best Treatments For Dogs With Fleas