American Kennel Club quashes the centuries-old presumed theory that dogs see only achromatic colors, but it is false; the verity is that canines have a color spectrum similar to that of humans with red-green color-blindness. People with red and green color blindness have only two receptors, equivalent to dogs, which means they can’t see red, green, or their colors such as pink, purple, or orange. As previously stated, humans have three color receptors that distinguish the full range of the visible light spectrum. Dogs are also unable to discern subtle differences in color brightness or shadow.

Which Colors Could Dogs See?

Canines can see hues of yellow, blue, and brown, as well as various shades of grey, black, and white. A red color toy would appear pure brown to your fur friend. An orange toy would appear brownish-yellow to him as it is a mix of red and yellow. If you want to involve your pup completely during play, choose to play with hues of yellow and blue, which would be visible to your four-pawed friend leaving aside its monochrome field of vision. It does explain to you their love for bright yellow tennis balls!

The Theory Of Monochrome Vision

In her 1937 training manual, Will Judy, the founder of National Dog Week, said that dogs could only see black and grey shades. Scientists emphasized the fact that primates are the only animals that can see colors in 1960. However, in 2013, Russian researchers questioned the notion and demonstrated that dogs could differentiate between yellow and blue.

The researchers conducted a small experiment to prove whether dogs could differentiate between the two colors or between contrasting degrees of brightness. The scientists conducted the experiment with light yellow, dark yellow, light blue, and dark blue pieces of paper. They stuck these papers on four different feed boxes. The dark yellow box contained pieces of meat, and slowly, the dog learned to associate this color with the food.

Dogs have missing color receptors, which results in color blindness, but along with it, the canines suffer from nearsightedness as well. A person at 25 feet will appear 75 feet away to them. While this may leave you worrying about your dog, there is nothing to worry about. The American Kennel Club states that thanks to their broad-set eyes, they have a wider field of vision compared to humans and are better at sensing fast movement, making them good at spotting prey.

While there’s nothing you can do for your dog’s color blindness, you can help its condition by understanding. With the aid of “Dog Vision,” an application that allows you to make image changes to show you what your dog is seeing, you can see how the world looks to your four-legged pal. So, the next time you look into your dog’s expressive eyes, don’t feel guilty if he can’t see you perfectly. Since your dog can smell you, whether he can see you or not, he will remember you. 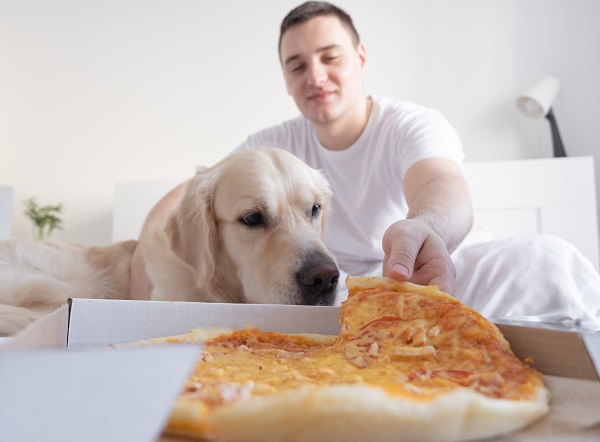 Foods That You Don’t Want To Feed Your Dog

It’s no secret that what we feed our dogs directly affects their health. Just like humans, dogs need a balanced diet to stay healthy.…

How To Crate Train A Puppy

You might be thinking about getting a puppy, but if you’re not sure how to train it or housebreak it, then this blog post…

Read More »How To Crate Train A Puppy

Top Rated Supplements To Give Your Dog

Dogs are like people: they all have different needs. What you might need for your dog, someone else’s dog doesn’t. Finding the right supplement…

Read More »Top Rated Supplements To Give Your Dog

10 Dog Breeds That Love To Bark

Most Difficult Dog Breeds To Train