Do you have a German Shepherd? If so, you know just how truly amazing these furry creatures can be! They are intelligent, loyal, and make great companions. This post includes a list of some of the most amazing facts about German Shepherds to highlight these incredible pups! It will also provide some tips for taking care of these fearless pups. So, if you are a proud owner of a German Shepherd, or have been thinking about adopting one, be sure to read on!

A Brief History Of German Shepherds

German shepherds are one of the most popular dog breeds globally, and they have a long and fascinating history. Originally bred in Germany in the late 1800s, the German Shepherd is the perfect working dog. The breed quickly gained popularity for its versatility and trainability, and it soon became one of the most popular dogs in Germany. The breed is known for its intelligence, obedience, and loyalty.

With some history under your belts, let’s move on to some fun facts about German Shepherds! These pups are truly incredible creatures, from their incredible sense of smell to their impressive intelligence.

Though they are now best known as loyal companions and family pets, German Shepherds have a long history of being used as working dogs. During World War I and World War II, these dogs were put to work on the front lines, serving as guard dogs, sentries, and messengers. They proved to be invaluable assets to the military, and their courage and loyalty won them the admiration of both soldiers and civilians alike.

After the wars, many German Shepherds returned to the United States and Canada, where they quickly became popular pets. Though they may no longer be working on the front lines, they continue to serve and protect humans in countless ways.

Some German Shepherds will even have two or more colors in their coats. Other colors include brown, gray, liver, and white. No matter what color a German Shepherd’s coat is, they are sure to be a loyal and protective companion.

Some German Shepherds Can Live To Be Over 13 Years Old

German Shepherd Is the Second Most Popular Breed In the U.S.

The German Shepherd is the second most popular dog breed in the United States, behind only the Labrador retriever. German Shepherds are intelligent, loyal, and obedient dogs that make great companions. They were originally herding dogs, but today they are commonly used as police and military dogs, service dogs, and therapy dogs.

German Shepherds Have One Of Best Senses Of Smell

German Shepherds have up to 300 million scent receptors in their noses (compared to a human’s mere 5 million), which gives them the ability to distinguish between different scents with great accuracy. They also have a particular area in their brains devoted solely to processing smell information. This allows them to remember smells more efficiently and for longer periods than other dog breeds. So the next time you see a German Shepherd on the job, remember that their keen sense of smell is just one more aspect that makes them such an invaluable asset.

Tips To Care For A German Shepherd

With all those fantastic facts, it is easy to see why German Shepherds make great family pets and working dogs. If you’re thinking of adding a German Shepherd to your family, you should know a few things about how to care for them.

First, German Shepherds need plenty of exercise. They’re an active breed and need at least an hour of exercise each day. A tired dog is a good dog, so take them for long walks, runs, or hikes. They also love to play fetch or Frisbee.

Second, German Shepherds are bred to work, so they need a job to do. This can be anything from simple obedience training to more complicated tasks like search and rescue or agility training. Keep their minds active with puzzle toys and games.

Third, German Shepherds are loyal and protective of their families. They need to be socialized from a young age to know how to interact with other people and animals. Attend puppy classes and introduce them to new people and experiences regularly.

These Facts About German Shepherds Are Amazing!

Like Loading...
previousDog Vomit: Things That Cause It
nextHow To Entertain Your Dog On A Rainy Day 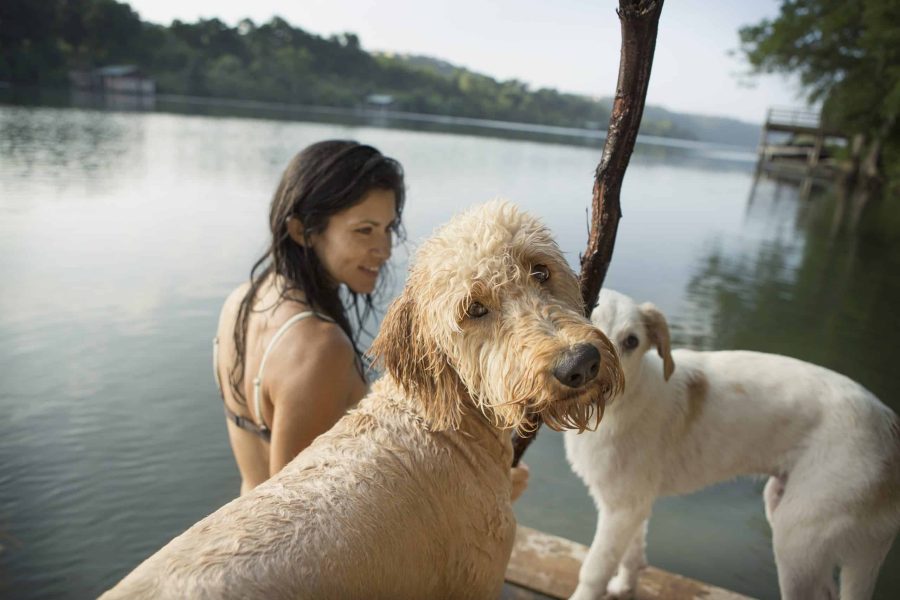 If you’re looking for Dog Breeds that will provide hours of love and companionship and keep you on your toes with constant activity, then look…

Do you love having a loyal companion by your side but don’t necessarily want to deal with constantly hearing that companion bark? Believe it or…

Resolutions aren’t just good for people; they’re good for dogs too! New Year’s resolutions can be a great way to kick off the year with…